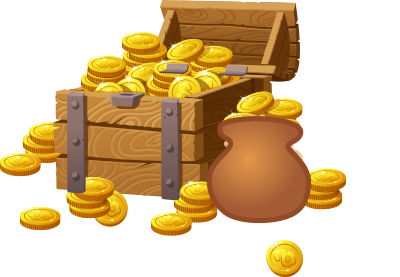 Gold though has been a storage of value for century’s due rarity, appeal, elementary properties and tremendous usefulness.

As a measure of wealth – gold is staked physically. But due to it’s high value and physical weight it is difficult to move a substantial amount. So paper contracts backed by gold reserves were devised as a means to trade gold wealth at the dawn of our banking systems.

Then the blockchain (cryptographically secure distributed ledger) arrived and promised a revolution! Though some might argue that crypto is actually more an evolution, the point is that we are literally on the verge of a totally different mechanism of how the financial engine works.

Trust-less is the key and decentralization is the strength.

So why not combine ‘old market’ wealth with the new mechanism? The Royal Mint Gold project aims to create this bridge.

RMG is gold measure on a blockchain. It is a digital representation of gold secured in UK The Royal Mint’s vault, ensuring a level of confidence, trust and security with each transaction.

Each RMG token represents ownership of 1g of fine gold. RMG holders can request delivery of their physical gold from The Royal Mint at any time. RMG additionally has no typical gold storage or management fees to erode long term asset value and RMG ownership of the physical gold is evidenced on it’s blockchain.

This bridge of the traditional and the new transforms physical gold into a modern digital asset by ideally adding the accessibility, speed, security, transparency and trust that blockchain technology provides.

To make this possible, the Royal Mint partnered with Chicago Mercantile Exchange (CME Group) to create RMG. CME Group is the largest, most diverse derivatives marketplace in the world, handling on average: 3 billion contracts worth approximately $1 quadrillion annually.

RMG will be soon available on an Exchange to trade and price will be closely tied to the gold spot price and the physical stores of gold reconciled daily by The Royal Mint – which is externally audited every six months.

RMG will use “Prova” – a permissioned blockchain protocol.

Many of the blockchain consortiums that build private blockchains for financial institutions and other enterprises follow this model. A permissioned blockchain restricts the actors who can contribute to the consensus of the system state.

In a permissioned blockchain, only a restricted set of users have the rights to validate the block transactions. So mining as we know it from the Bitcoin style of consensus, is not needed and all validators are known and controlled.

At first look everything appears great with this project, yet all systems can have weaknesses.

If you are thinking that a private blockchain is more secure than a public blockchain – you are equally both correct and incorrect.

Private blockchains have control of their ‘actors’ and so is more secure to mining attacks. But if you are the customer of a private blockchain controlled by a central authority, then you are not actually a part of a trust-less environment.

A pure blockchain must have the unique and strong feature of: !mmutability!

So if this blockchain is controlled by a central authority, what could stop them just taking a snapshot of the block-time and then rewinding the ledger to a previous date to alter transactions?

Blockchain is not about control, it is about consensus. If the database consistency is controlled by a single company or entity, what makes this blockchain any different from a traditional complex database?

Now please note: We are in no way suggesting that the RMG company is going to fraud anyone. Please be certain that we believe they are legit. We are only highlighting that it would be even better to offer a trust-less consensus using a public blockchain. That core component would make this project an absolute top notch ‘gold pick’ for investors!

If you are a gold advocate and you feel that gold markets need a new way to trade: Go for this. It certainly is better than the ‘old school’ paper contract methods.

In terms of confidence RMG is could be considered better than Tether, if only because of the Royal company and regular transparent third party audits. But they are distinctly different: