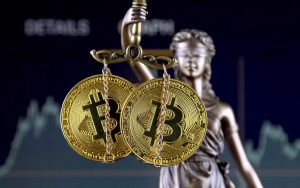 Satoshi Nakamoto, the innovator of Bitcoin, goal was to find an alternative payment system that would bypass existing financial restrictions put in place to ensure that some entities retain their authority over the transfer and creation of money.

However, down the line, the ever-expanding functionalities of crypto have surpassed this modest goal. And what we have right now is an innovative tool that has enough disruptive power to do more than just alter the de facto structure of the financial industry. In as much as this development has awed enthusiasts, there is a lingering feeling that the next phase of crypto’s evolution could change the basic art of warfare.

Cryptocurrency has evolved over the years, so also as economic warfare and it is becoming clear that the unprecedented explosion of crypto’s popularity would drive a new form of power tussle that could turn the world on its head. In light of this, this article would highlight ways nations or entities could look to weaponized crypto.

Crypto Is Slowly Evolving Into An Ideal Economic Weapon

Crypto went from a sidelined tool to one of the most disruptive technologies in recent history in a blink of an eye. And for an enthusiast like me, it gives me nothing but joy to watch it grow beyond what naysayers had pegged as its limits. It went from an alternative payment tool to perhaps the most impressive investment vehicle and recent developments and products showcase the rate at which it could change the most traditional of industries.

But, fixating on crypto’s achievements and its level of transformation and growth could blind us to the imminent consequences of such innovative reach. It is a given that governments are paying more attention to crypto, and as history has shown us, technologies as powerful as crypto could become instruments for enforcing or toppling economic strongholds. More importantly, we expect this narrative to take more roots even as crypto continues to climb the echelon of mainstream adoption.

It is easy to see the origin of this notion, considering some of the events in 2018 that highlighted that the age of new economic weapons is brewing and it is only a matter of time before we witness the first major crypto-economic war.

Why Is This Reality Inevitable?

The current status quo of the global financial industry still relies on the input of the resources of selected nations. And as expected, these nations have enough leverage to dictate the outlook of the global economy. At the moment, the US reigns supreme and its local currency, the US dollar, serves as the standard currency accepted globally.

It is safe to say that it is almost impossible to bypass this particular currency, especially when it comes to international transactions and cross-border e-commerce. In most cases, banks and payment platforms exchange your local currency to the US dollars before exchanging it back to the local currency of the recipient in another region. The same is true for international trades, and so a majority of banking powerhouses depend heavily on the US dollar, which further drives and maintains its value.

More interestingly, the US is well aware of its dominance and it has not shied away from exhibiting its superiority from time to time. It is no more news that the country has weaponized its leverage on the global economy, therefore, countries that are not in good terms with it politically are most likely reeling the effect of its economic supremacy. We have seen this in countries like Iran and Venezuela where US sanctions had made it impossible for them to access the US dollars. At the moment, these sanctions are having a crippling effect on both economies.

In the aftermaths of this imposed financial restrictions, both nations had dabbled into adopting alternative assets that would allow them to access the global market. While Venezuela had gone ahead to explore, create and failed with its state-backed crypto solution, Iran, on the other hand, had leaned towards traditional assets, especially Gold.

However, what we have learned from both scenarios is that countries would explore crypto as a shield to the brute force of the US. More importantly, countries like Russia must have used the outcome of Venezuela’s foray into crypto as a case study in its quest for total independence from the dominating-nature of the US dollar. And judging from the latest reports on how North Korea has found a new lease of life from using crypto to fund its weapon projects, there are more countries coming to terms of the economic shield that crypto affords them.

Although Russia’s previous attempt to create ruble-backed crypto has somewhat lost its buzz, yet, it is safe to say that the country will continue to probe the functionalities of crypto and how it could challenge the current financial paradigm. Apart from the ongoing tussle for global domination, we will start to see more attempts by governments to regain control over money creation and distribution. As such, the age of state-backed cryptos with backdoors that give the government autonomous power is upon us.

Also, more attempt by this entity to discredit the viability of public blockchain would intensify and when this happens, crypto would be more than just digital currency, but a tool to either make or break today’s economies.