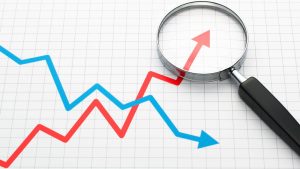 Are We On The Verge Of A Crypto Bull Market?

You are bound to encounter speculations on a daily in the crypto market and at the moment, one speculation, in particular, seems to fuel the ongoing price trends. Some analysts have declared that we have seen the end of the bear market and that indicators show that we are on the verge of a crypto bull run. In many of this bullish publications, they have backed up their claims with arguments that are hard to disprove and the current uptrend in crypto prices and market activities has motivated respected personalities in the space to join the bandwagon.

However, these strings of events are not new to the crypto space, as we have witnessed similar scenarios all through 2018. It was common for positive price movements to spur a surge in analytical-based posts that look to establish that the market would rebound only for the price movements to do the exact opposite of such predictions. Nevertheless, this recent price rally and media attention carry certain peculiarities that would suggest that we might just have seen the end of the crypto winter.

Here, we will take a look at these peculiarities, as well as the bull run arguments, that could justify that the recent price surge is anything but a temporal price glitch.

You would recall that the prices of cryptocurrencies reached new lows in mid-December and we saw Bitcoin, which had sold for $20,000 a year before, tumble to $3,100. This was far from prices, as high as $50,000, that enthusiasts had predicted as the closing price for Bitcoin in 2018. Following the dismal performance of the market, analysts revealed that “alas the market had reached its bottom”, as such, the only way to go was up.

Credit to this analysis, the market has experienced a sustained uptrend in prices and this has led to an explosion of media publications hinting at the possibilities of a bull market in the near future. As mentioned earlier, it is difficult to disprove these arguments, considering the positive run of the market with Bitcoin hovering around the $5,500 price range.

Apart from Bitcoin, Ethereum has once more hit triple figures and Binance coin had experienced as much as 300% price surge since it hit its low 4 months ago. And so, we are left to wonder: Is the crypto market in 2019 preparing us for a bull run?

Before, you come to a conclusion of your own, below are other strong arguments that could prove this to be true.

Halving Or Reduction Of Crypto Rewards

In a bid to trace the origin of recent market turnaround, some experts have suggested that the reduction of block reward in the Ethereum blockchain might have boosted ETH’s value. Note that the latest upgrade on the blockchain set up new protocols that reduced the network’s block reward from 3ETH to 2ETH. In our post highlighting the importance of this upgrade, we mentioned that this protocol would reduce the supply of Ethereum to the market. Hence, we suggested that it was only a matter of time before we start feeling the full effect of such an initiative.

In addition to Ethereum block reward reduction theory, some argue that Bitcoin’s rally is in anticipation of the blockchain’s reward halving that would come into effect in May 2020. Apparently, they believe that the current price trend has a strong correlation to historical price movements in early 2015 before the halving in 2016, which preceded the last bull market. As it is with Ethereum’s upgrade, Bitcoin would reduce the reward for finding blocks and this would certainly have a telling impact on the price of Bitcoin.

Due to the bearish run of the market in 2018 and the losses incurred during this period, investors either left the market or were more careful in pouring more funds into it. As a result, there was a downtrend in market activities and this reflected the negative run of prices. In December 2018, the total market capitalization hit $100 billion, which was a new low for 2018 and instead of dropping further the market rebounded.

At the time of writing, the total market capitalization is $178 billion, which highlights how much the crypto market had improved in just under 4 months. Market activity is booming and this is having a positive impact on the prices of digital assets.

What If All These Is All Just A Phase?

Volatility is a popular term that best describes the nature of the crypto market. As such, it comes as no surprise that some individuals are a bit skeptical of the latest bullish predictions. They argue that what we are witnessing is only a consolidation period that would boost the market cap in a way similar to historical data. However, such a boost would minimally impact the prices of crypto and this would be the reality of the market for another one or two years.

Highlighting and analyzing all the arguments popping up on a daily on the possibility of a bull market in the near future could prove exhausting, yet, one thing is clear- the crypto market is rallying and if it continues on this path, it is only a matter of time before FOMO kicks in. When this happens, then a bull run is inevitable. In light of this, our crypto investment services are crucial for traders that are interested in being a part of this rewarding experience.